The term correlation can refer to a statistic and a type of research.

Understanding correlations is an important building block of many complex ideas in statistics and research methods. My focus in this post is on the common correlation statistic, also called the Pearson r.

The Pearson r is a statistical value that tells the strength and direction of the relationship between two normally distributed variables measured on an interval or ratio scale.

Researchers examine the two sets of values and calculate a summary statistic called a correlation coefficient. The longer name for a common correlation statistic is the Pearson Product Moment Correlation Coefficient but sometimes it is referred to as the Pearson r. The symbol for correlation is a lower case and italicized r.  In behavioural research, we normally round values to two decimal points. A moderately strong positive correlation example is r = .78.

An example from published research is the relationship between perceived stress and humility couples experience as they transition to parenthood. As a part of their work, Jennifer Ripley and her research team (2016) found that the correlation between a measure of perceived stress and a measure of humility ranged from -.33 to -.45, which indicates that high stress is associated with low humility.

The relationship between two variables not only varies in a positive or negative direction but it also varies in terms of strength. Large r values indicate a stronger relationship. When r = .75 or -.75, the relationship is of equal strength but in different directions. Relationships with a low number such as r = .15 or r = -.11 indicate weak relationships.

Correlation is not causation

The fact that two variables have a strong relationship does not mean one variable causes the other.

Read more about correlations in Chapter 13 of 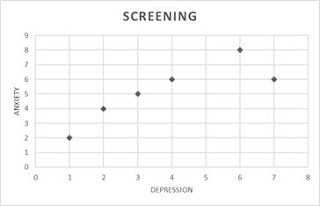 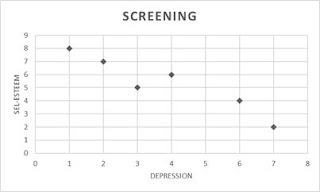 Correlations are commonly calculated in many research projects where the relationship between variables is important.

Correlations are also important to understanding the reliability of test scores and test validity.

Email ThisBlogThis!Share to TwitterShare to FacebookShare to Pinterest
Labels: correlation